First Thursday Slow Stitching group will meet next Thursday, April 4th, from 10am until 12ish.  We'll be on the mezzanine (Market of Choice, 29th and Willamette) with our coffees/teas and projects. All are welcome to join in the conversation.
at March 28, 2019 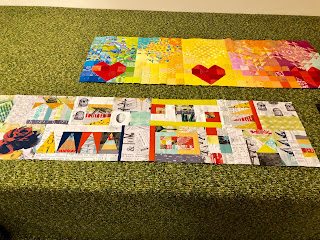 We had 5 guests join us this month!

First Thursday Slow Stitch day:  There were 6 members who came to sew and share conversation last week.   Bring your hand sewing projects and come join us upstairs at Market of Choice on 29th St in Eugene, 10am-2pm.

Sew Day March 3.  Eight individuals came to sew and have fun at our recent sew day.  The next scheduled sew day is Saturday May 18, 10am-4pm. $10 to help cover the costs of the space.

Retreat 2019:  We have reserved the dates October 3-6 at the Big K Ranch near Elkton, OR.  This is the same location where we have held our retreat the previous three years.  More details will be shared as we get closer to the date.

Linda and Janice shared that they will have some quilts on display at the Long Tom Grange during the Daffodil Drive Festival.  It sounds to be a great weekend to take in this festival near Junction City!

EMQG member Sorrel was in Nashville and enjoyed a day at QuiltCon 2019.  She found our charity quilt among all of the quilts. 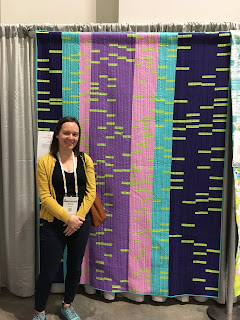 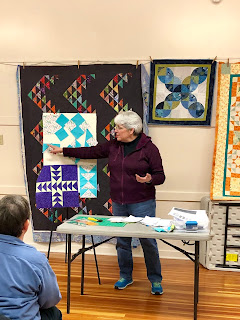 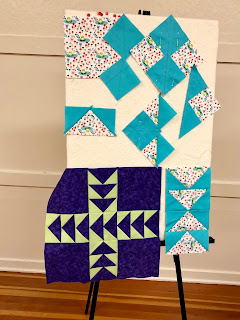 There are four people who signed up for the challenge next month. 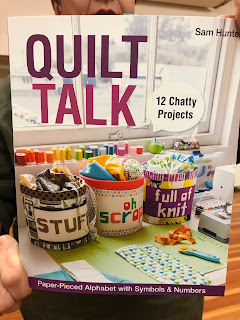 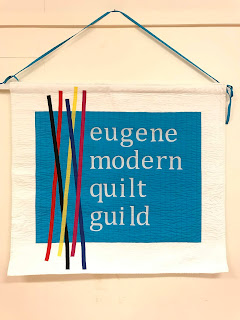 We are excited to have Kim demonstrating Flying Geese and Foundation Paper Piecing!


We had one new guest, who participated in our quilt raffle, and WON!  Congratulations Renee!!
We raised $224 for our charity of choice this year, Ophelia's Place. 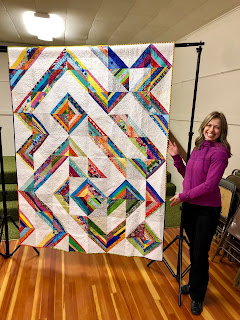 Willamette Valley Quilt Festival was well attended.  We had a booth which had some traffic but hope that next year we will have more visibility.  We had our charity quilt hanging and were able to sell raffle tickets to help raise funds for donation.  Thank you to all the members who helped at the booth.

EMQG membership dues are still being collected through the March guild meeting.  Cash or checks made out to EMQG for $35 are accepted.

Pioneer Quilter's Show will be held in September this year at the Cottage Grove Armory.

Jackie presented hand applique using interfacing and Daisy spoke about machine applique techniques.  They both did a wonderful job describing their techniques and options to use.  Some pictures are shown below. 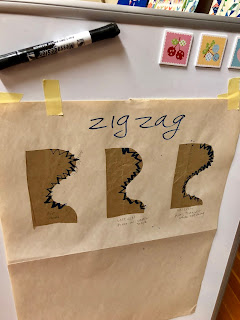 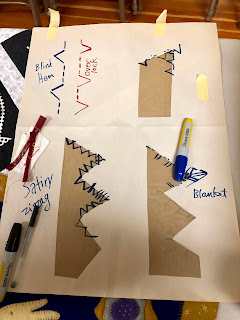 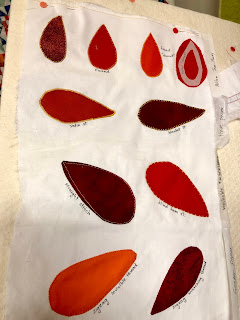 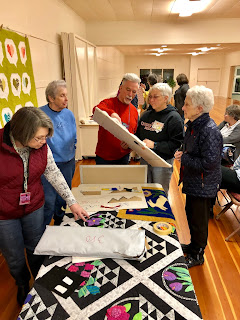 Seven members joined in this year for the traveling row quilt and they presented the idea and first row of their quilt.

Janice also joined in but we did not capture a picture of her row.

There are 4 participants who completed the challenge.


Hillie was this month's winner of the fat quarters!

Next month there are 6 participants challenging themselves to work on a UFO.

Next month's meeting is March 13 at 6:30pm.  Kim with presenting on foundation paper piecing and flying geese.  See you then!