The meeting was called to order by President Kelly D. with 31 members present.  It was standing room only as half the chairs are being stored elsewhere while the work is being done on the building's flooring. Due to the floor renovation the next meeting will take place on October 19th, the third Wednesday, which is our scheduled sew night.
2017's EMQG Board 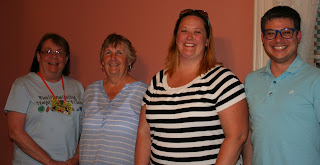 The first item of business was to introduce the candidates for our 2017 Officers.
·         President: Linda D.
·         Vice President:  No candidate as yet
·         Treasurer: Adam R.
·         Secretary: Mindy R.
·         Bee Blocks: Nela B.
·         Swap Maven: Nelda C.
Daisy gave a description of the duties of the Vice President which are to represent the President if the President is unavailable, to find guest speakers (who can be members) to make presentations to the Guild, and to coordinate any special Guild-wide activities.
The presence of a quorum was followed by a motion and seconded that the membership accept the new officers.
Guest Speakers: 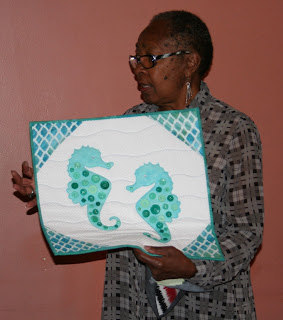 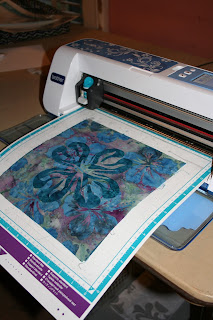 Linda D. and Phylis P. presented a demonstration of how a Scan and Cut machine is able to produce and cut out applique designs.
Bee Block
Bee block kits were exchanged. 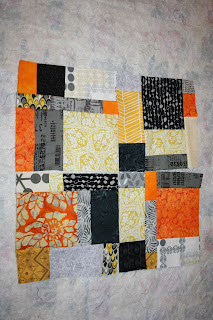 Skill Builder Block
The Skill Builder this month is “Wonky Letters” was presented by Kim Olsen. Links to letter-building quilting sites will be posted in a separately.
Next Year's Swap Items:
Nelda passed out slips asking for Swap ideas for next year.  Please contact her if you have suggestions.
Donation Quilt
Nela announced the Blue & White charity quilt has been completed and has requested suggestions for possible recipient groups. If you know of a non-profit group that could use the quilt in their  work or could raffle it as part of their fundraising, please contact Nela or Kelly with the information.
October Swap
Daisy S. showed a sample of the October swap: a one-hour fabric basket in
Halloween or Autumn colors. A link to the specific pattern to use is on the Monthly Swap page.
Geek/Fandom Swap:
Next the Geek/Fan swaps took place in an atmosphere of a holiday gift exchange. It was very exciting to see the creativity and which fandoms inspired the participants. 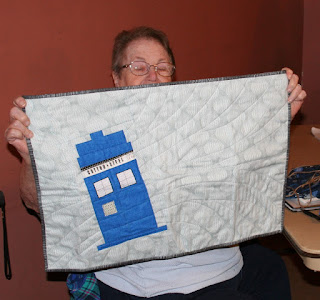 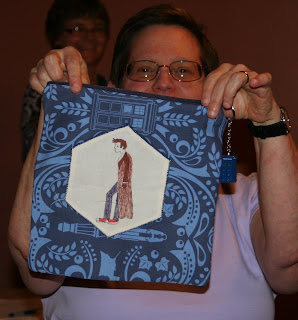 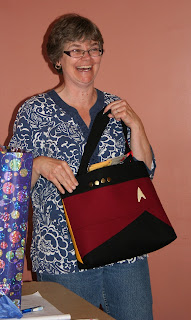 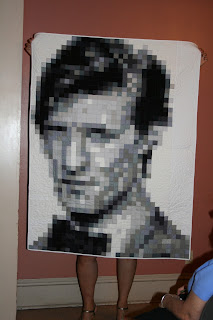 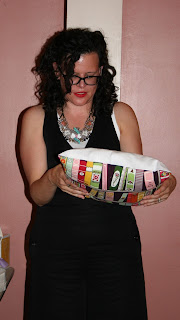 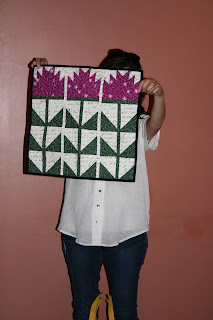 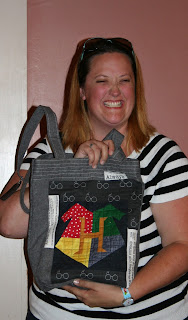 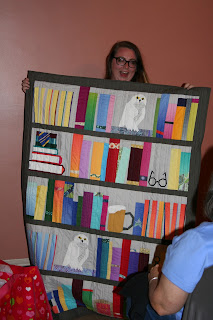 Show and Tell:
Eleven members showed their quilted treasures for the final segment of the meeting. 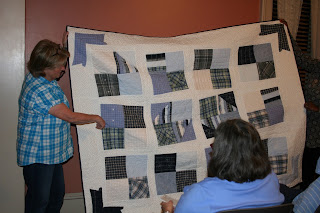 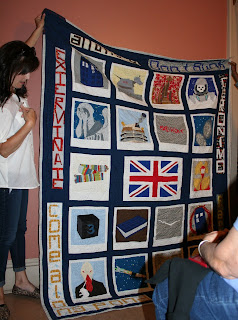 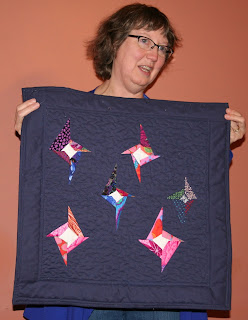 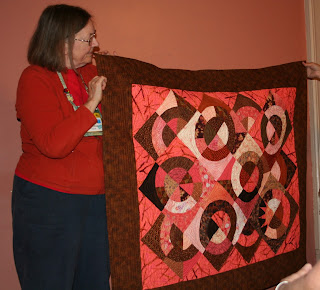 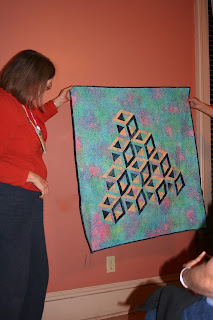 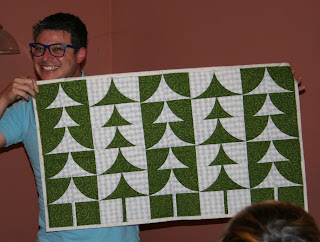 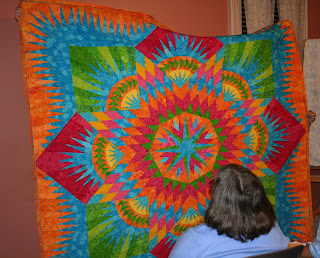 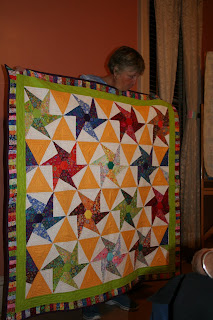 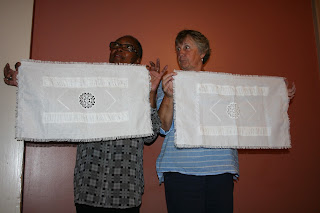 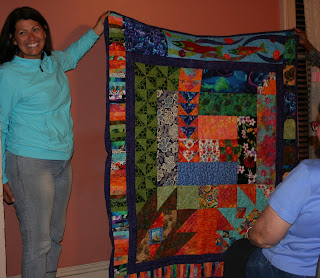 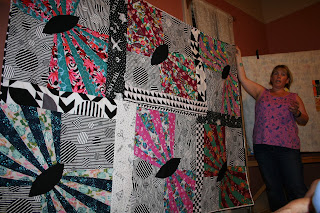 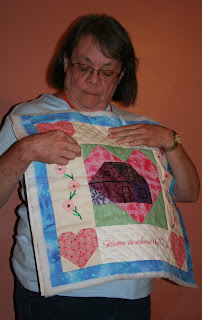