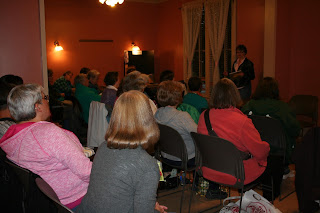 President Kelly called the meeting to order promptly at 7 PM with 31 members in attendance, including our newest member; Lisa Ponder. 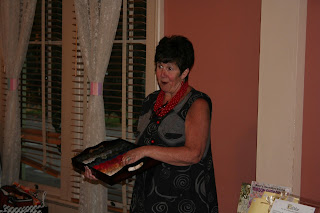 Mindy Patterson, of Mindy’s Needlework Shop in the 5th Street Public Market was our guest speaker. Mindy spoke about and displayed some of what she called “candies” (threads) from her shop. She also described and displayed a selection of the needles that are used with them. Mindy answered questions and sold some of what she brought with her during the break that followed her presentation.
Kelly announced that the Modern Quilt Guild Riley Blake Challenge package had been received and the fabrics were available for those who had signed up.
After this month’s swap of decorated Tea Towels was completed, it was announced that the process of the “swap” activity was going to change somewhat. The monthly swap will be temporarily suspended. Instead, there will be a Geek Swap which will take place with secret fan pals being matched up through the completion of a questionnaire regarding what participants are crazy about. Full instructions will follow and participants will have several months before the reveal during the swap.
There was a lively discussion regarding the invitation to participate in the NW Quilt Expo. It was decided not to accept the invitation this year due to time frame and costs.
Kelly issued an invitation to all members that there would be an open Board Meeting at the Little Green House on April 20th at 7 PM. Anybody who is interested is invited to attend.
Pat Johnson announced that due to spotty participation the Permission 2 Play activity will be discontinued at least temporarily.
The March Bee Blocks were displayed. 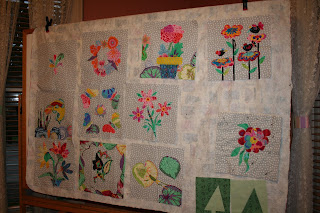 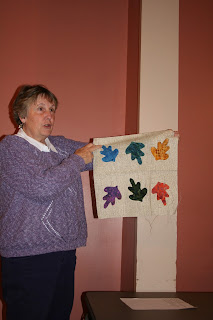 Linda Delaplain presented the April Skill Building Block: Machine Applique Techniques. She displayed six versions in the form of leaves with different stitching and fusible bonds weights.
minutes by Malika; posted by Daisy
at May 07, 2016