Festive meeting during this December guild meeting.  Lots of fun had, goodies shared, and  laughs heard, especially when playing the game “Trader’s dice”.

Discussion about raising the yearly guild member dues from $20 to $25 to help provide for expenses to maintain the guild, provide funding for marketing materials and other items as they arise.  Daisy S. moved that the dues be raised from $20 to $25.  Denise N. seconded it.  It was passed by the majority of members present and will go into effect January 2015.

Madyson started collecting 2015 dues this meeting and those who couldn’t pay tonight can pay during the January meeting.

Kelly suggested that we could bring sewing/quilting related items in to the meetings to allow members to purchase by donation, and the money raised could go to the guild funds.

December is Julie J.  She had organized her material into four different block packets that she handed out. 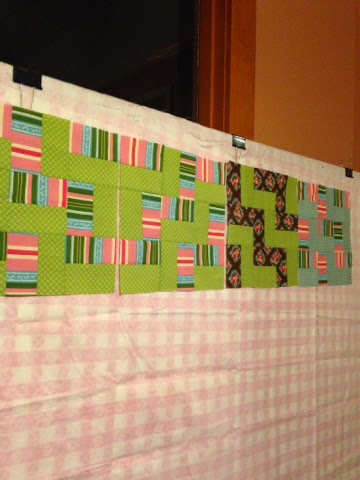 Sign up for 2015 Bee was passed around during the meeting.

SWAP:  This months swap item was an ornament.  Many swap items were present and a variety of nice ornaments were produced. 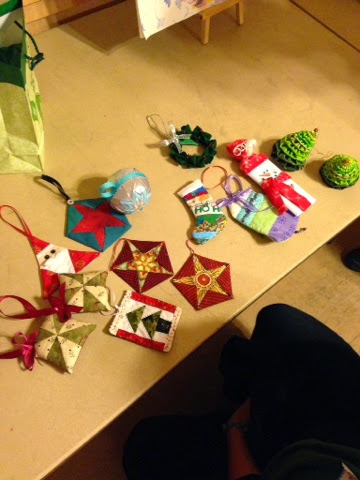 Next Month:  4” minimum coasters, requesting 4 coasters to make a set.

Jennifer F-G:  Queen Autumn disappearing 9 patch.  Pieced by herself, quilted by Denise N.  This is her Bee quilt from several years ago.  I recognize those blocks!!  : )

Lap Quilt collage-style.  Pieced and hand quilted by herself. 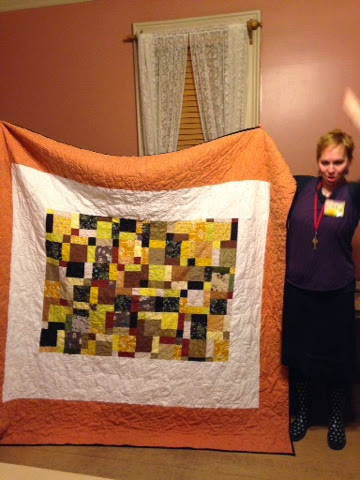 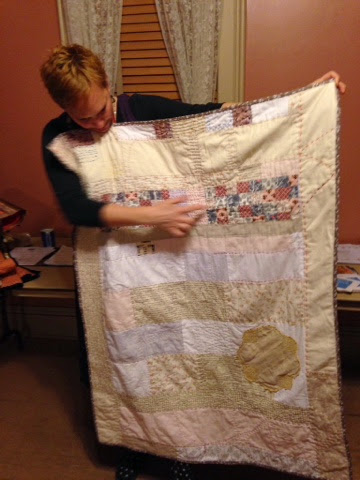 Linda D.:  Christmas quilt and Snowflake wall hanging.  Pieced and quilted by herself. 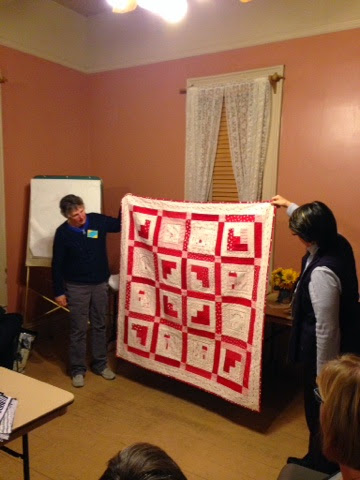 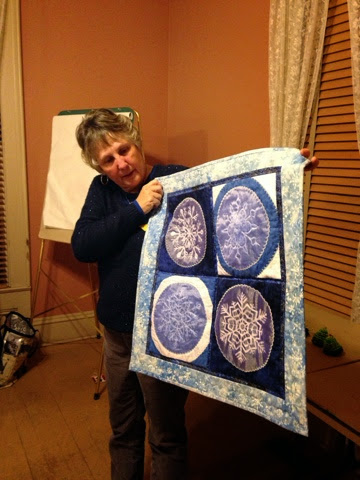 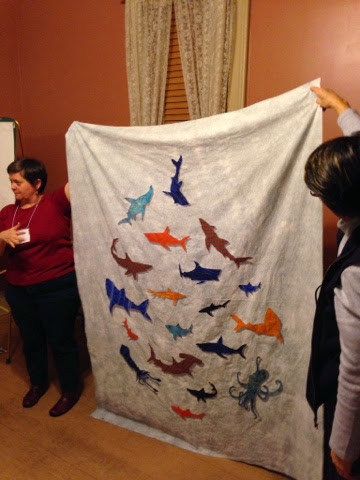 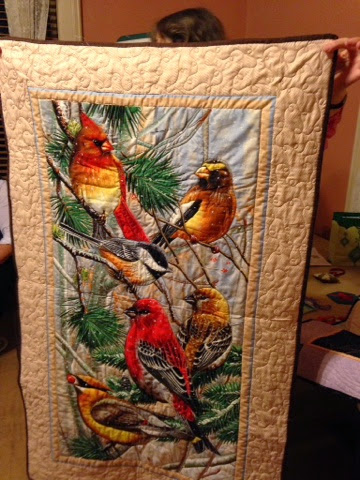 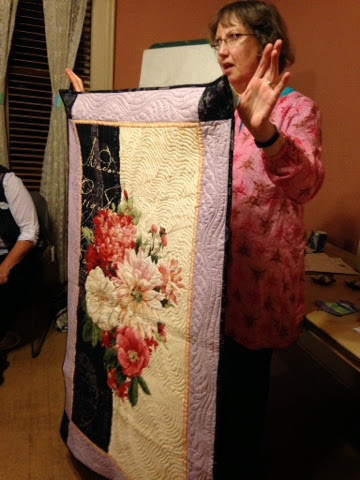 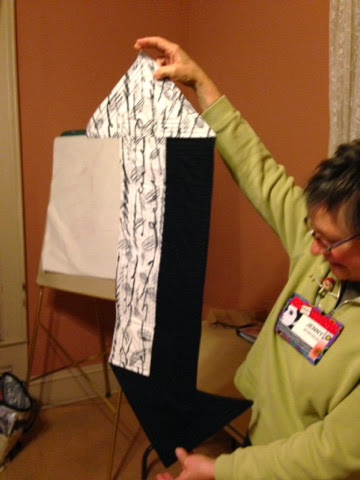 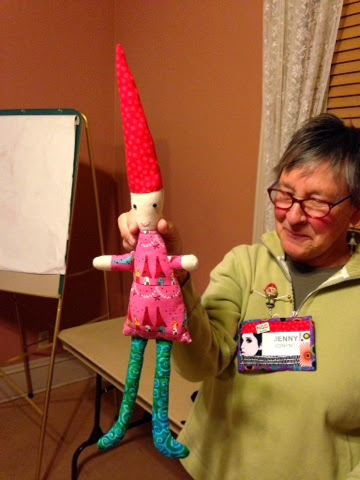 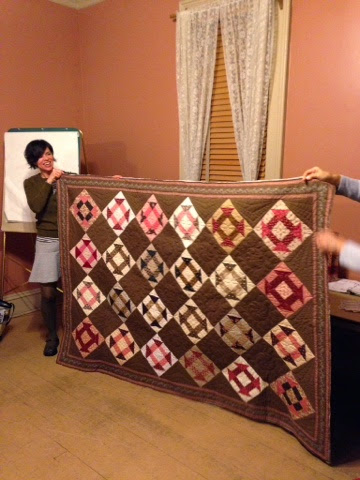 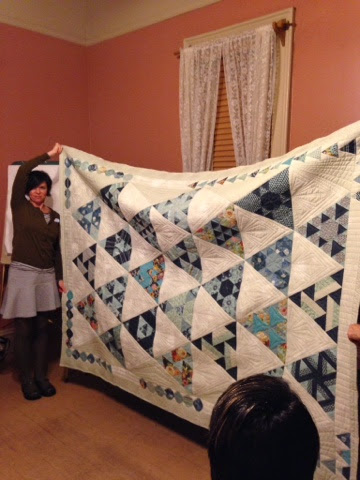 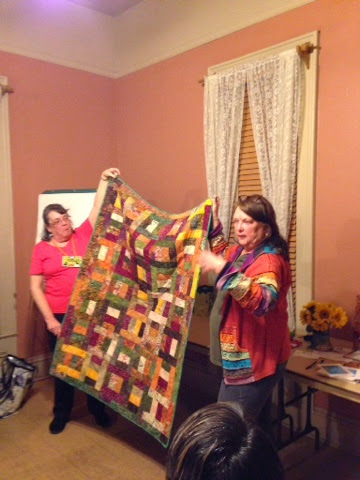 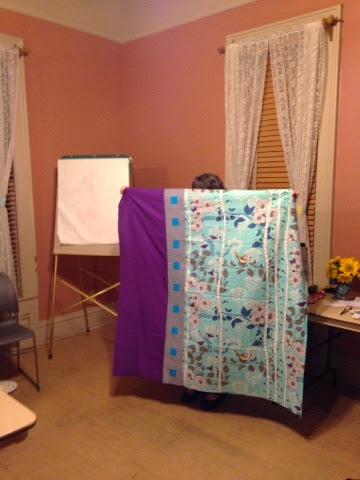 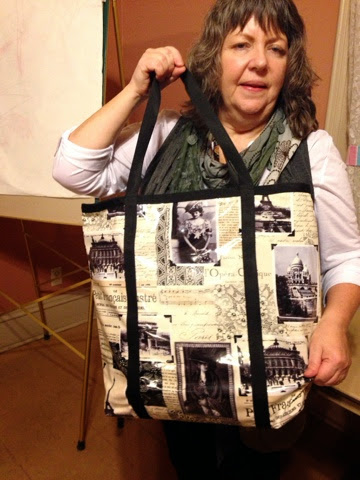 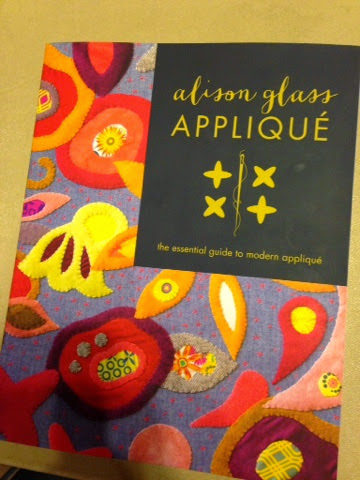 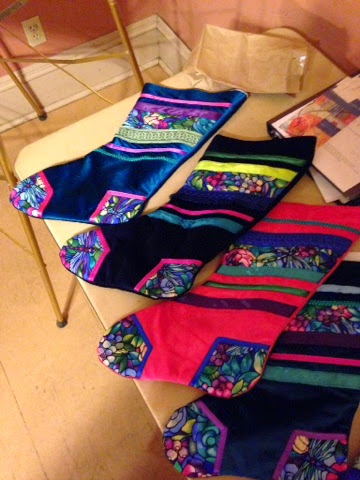 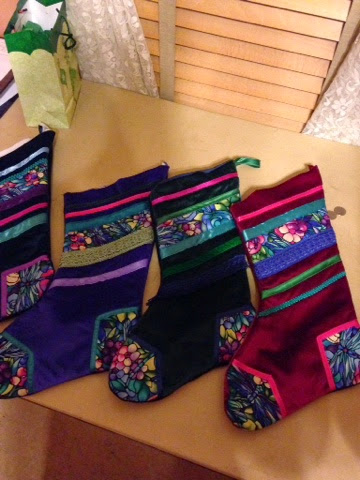 Kim O.:  Lots of scraps made into maple leaves and string blocks 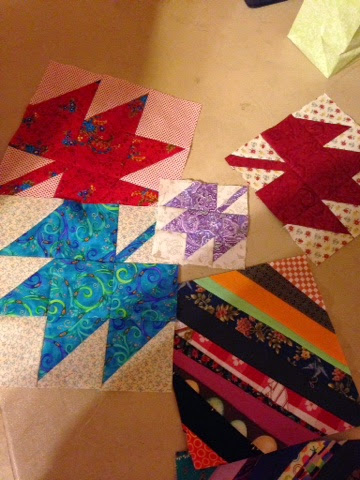 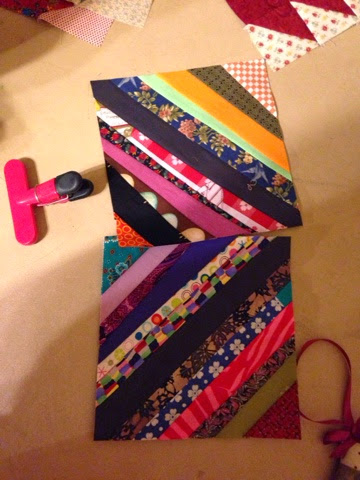 Near the end of the guild meeting we played a game called “Trader’s Dice”.  Members who participated had brought 20 5” squares and during the dice game these were traded with your neighbors R, L and across, and everyone ended up with quite a variety of 5” squares at the end of the meeting.  Fun fun….lots of fast arms flying around grabbing different fabrics! 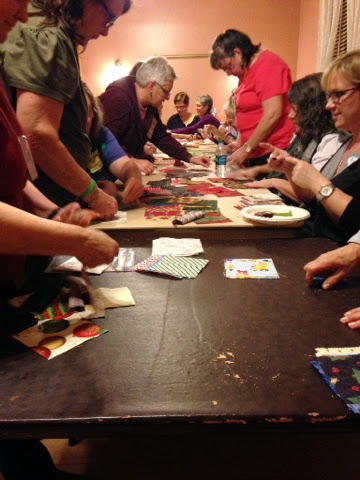 We also had lots of goodies brought by guild members to share in celebration of the holidays and our year ending meeting.  Others made name tags if they chose to be creative while eating some of the yummies!!

No SEW DAY this month.

Happy Holidays to everyone!  Here’s to a creative new year!!!